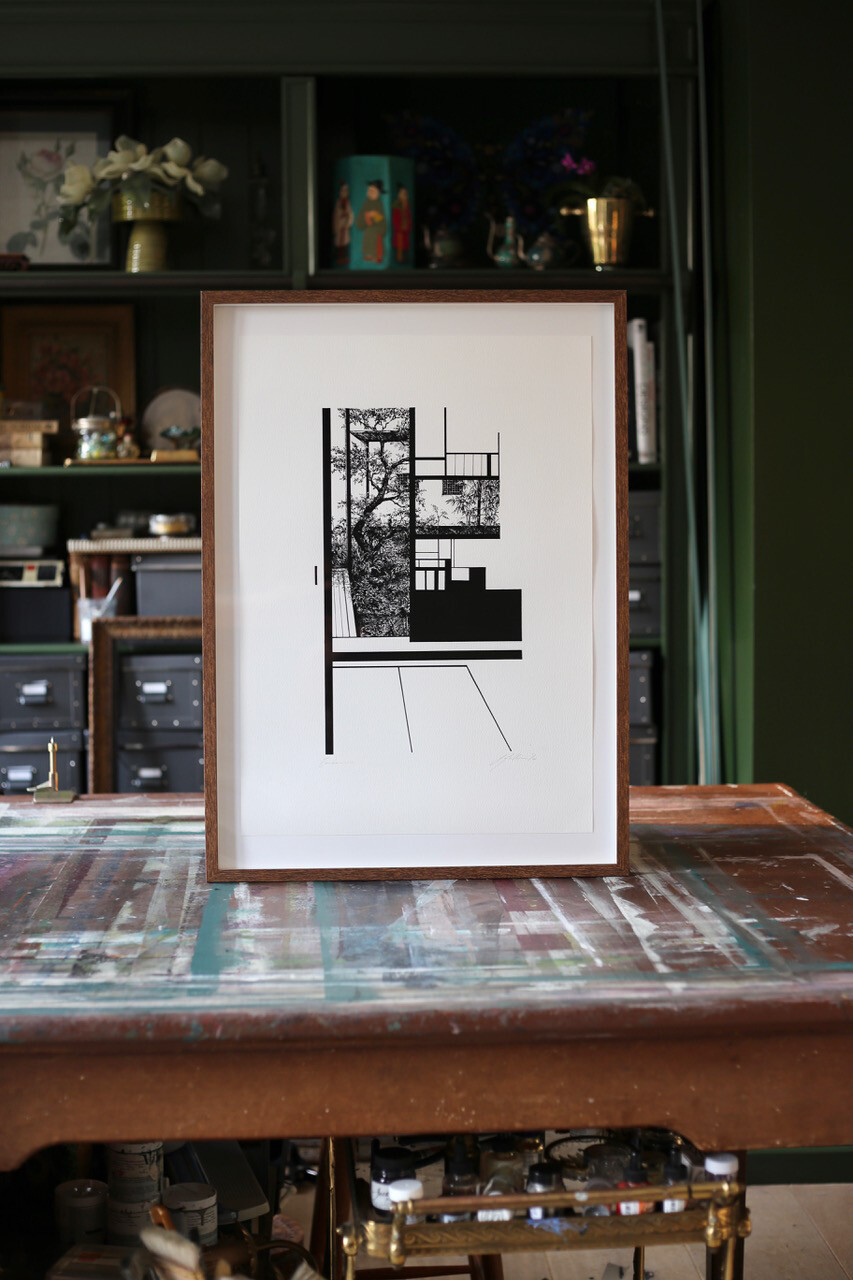 There were a lot of things I wanted to combine when drafting out this piece and Nakaniwa and Zen Garden, I wanted mainly to contrast modernist and classical art as well as a feeling of east meets west, as someone both English and Japanese I wanted to create something that plays on and celebrates both of my cultures. The piece is an imagined place that I had fun composing and putting together bit by bit.

The viewer is looking out from inside, with the framework representing the traditional Japanese sliding door and tatami mats, these are drawn in a very minimalist way and takes inspiration as well from traditional woodblock prints which often have bold and clear structural lines. The style of drawing for the garden was inspired by classical etchings which I've collected over time, I found that the fine lines really helped display the overwhelming detail in nature. I've kept the man-made and natural elements very separate in style, to emphasise the differences between them and it's finding how to harmonise these differences that I enjoy.

Limited edition of 100 - signed and numbered

Save this product for later
Display prices in: GBP